As with any number of Australian regions traditionally known for wine, today the Hunter Valley has plenty to satisfy those on the hunt for local beer. Indeed, make your way from Newcastle to the heart of the valley via Maitland and you'll rarely go more than a few kilometres without the chance to stop at a brewery or crafty venue.

It wasn't always the case, however. For many years, there was just the one option for anyone eager to sample beers in the shadow of the tanks in which they were created: the Potters Hotel in Nulkaba, home to the Hunter Beer Co.

Head there now and you'll still find beer brewed onsite – including some Hunter classics – and a venue pouring heaps of locally-brewed beers, but otherwise you'll encounter a very different beast. And "beast" seems an appropriate word given its rebirth as part of the fast-growing Mighty Craft family of craft producers and craft-centric venues.

The team at the "craft accelerator" formerly known as Founders First took over the venue in early 2020 and wasted little time giving it a contemporary makeover. Initially, they welcomed another family member, FogHorn Brewery from Newcastle, to take over the brewing side of the operation, complete with eye-catching murals on the external walls and tanks turned into giant replicas of the brewery's cans.

And then they got to work on the rest of the multi-faceted hotel building, converting it into something lighter and brighter, more modern, while still maintaining a family-friendly feel and a welcoming vibe for locals they've been eager to entice back through the doors since it was formerly unveiled as The Mighty Hunter Valley in October 2020.

In the hotel bars, you'll find core and limited release FogHorn beers joined by those from other brewers in the Mighty Craft stable, plus a smaller font dedicated to lagers from the big brewers for anyone still after something more old school. Behind the bar, other alcoholic beverages from the growing roster of associated brands are on offer, while you can load up on takeaway and merch from the likes of Sauce, Ballistic, Jetty Road and Slipstream too.

As for the kitchen, Sean Townsend, previously found at the hatted Muse Kitchen and the Prince of Merewether, was brought in to lead a team that completely overhauled the menu with a focus on the surrounding region's produce.

Call in on a Sunday and you can enjoy live entertainment in a vast beer garden lined with white picnic and benches, serviced by a can bar and complete with a separate BBQ area, all designed to create a festival feel. Then there's a revamped function space that's already hosted everything from weddings to private parties.

The look and feel might have changed considerably yet links with the hotel and brewery's past have been maintained. Hunter Beer Co's longstanding head brewer Keith Grice is an old and dear friend of FogHorn founder and head brewer Shawn Sherlock and stayed on to oversee brewing of FogHorn's beers in the Hunter. What's more, some of his best-loved and trophy-winning beers – the Kolsch, Bock and Slaked Magpie among them – are brewed to this day.

Visitors can still enjoy the brewery tours that have long been part of the offering there, and you can line up tasting paddles if you're passing through or order in a meal from the adjacent restaurant if you've got more time on your hands.

Indeed, for all the changes undertaken to bring the place into the modern era, like the historic pottery kilns still dotted around the lawns, at its heart The Mighty Hunter Valley is keeping the old spirit alive, offering great local beer, tasty food, and good times to locals and tourists alike. 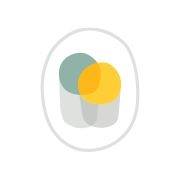