When a local pub is referred to more commonly by a nickname than its actual name, it’s a good sign it has thoroughly cemented itself in the hearts and minds of locals. That’s certainly true for The Oxford Tavern – better known as “The Tav” – which has sat on the corner of one of Petersham’s busiest intersection for decades.

Back in the Noughties, the offerings inside were drastically different, with the pub infamous for its topless waitresses and cheap beer. Two acquisitions since, the most recent in early 2019 by James Thorpe, also owner of The Taphouse in Darlinghurst, it now focuses on far classier forms of entertainment and a wide selection of locally-brewed craft beer.

In terms of the latter, all the beers on offer are from independently-owned breweries. In fact, most are produced within a five kilometre radius of the pub, an area which essentially includes every Inner West craft brewery. Loyal punters from ten years ago who preferred their clean lagers are still well catered for, albeit with a craftier selection, whilst those looking for something more adventurous are treated to a rotating selection from their favourite neighbouring breweries.

The pub’s own brewing arm, The Oxford Brewing Racket, also makes an occasional appearance on the taps. Currently, it exists only as a gypsy brewing entity carrying out collaborations with other breweries, but plans were in the works at time of writing to install a physical brewery in the basement. Collaboration also exists in the form of the bottleshop, which is stocked by Marrickville’s Bucket Boys. Known as the Co-Op, it offers a bespoke selection of local and international brews from Bucket Boys’ impressive range.

As for the entertainment, there’s events daily, ranging from trivia and free pool nights during the week to live music and DJs until 3am on the weekends – a welcome change amid Sydney’s imposing lockout laws.

Although the interior has retained its grungy charm from years gone by, several improvements have been made, including an expansive, leafy outdoor beer garden and the slight amendment of the iconic, street-facing neon signs from “live hot girls” to “live hot BBQ”. Indeed, Black Betty, the barbeque smoker installed by the previous owners and a firm crowd favourite, has remained. Fired up on Friday evenings and weekends, it serves delectable slow-cooked meats and even a vegetarian option, with a full-fledged roast offered on Sundays.

Given the thoughtful balance between the more positive aspects of the pub’s old charm, coupled with a few much-needed improvements, there’s no doubt The Tav is set to remain a firm favourite for decades to come. 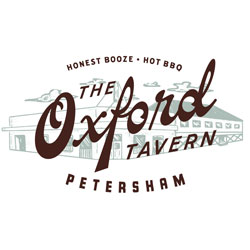