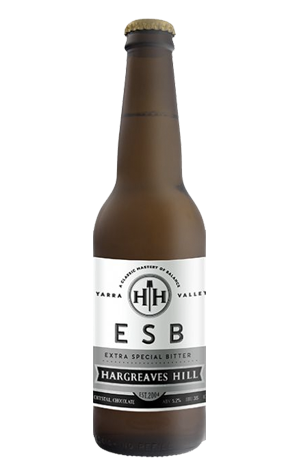 The beer that, more than any other, brought Hargreaves Hill to the attention of the wider world. A New World take on a traditional English style, it turned heads with huge, fragrant hop aromas seldom found in Australian beers at the time and a rich, toffee-like malt body shot through with passionfruit and a healthy whack of hop bitterness to finish.

Previously only available in draught form, the second half of 2010 saw popular demand sated when it finally appeared in bottles, one of two beers selected to launch the brewery's then new range of four-packs. The beer has been revised back and forth a little over the years since, but remains a key part of the Hargreaves Hill lineup and a longstanding favourite for many local beer lovers.