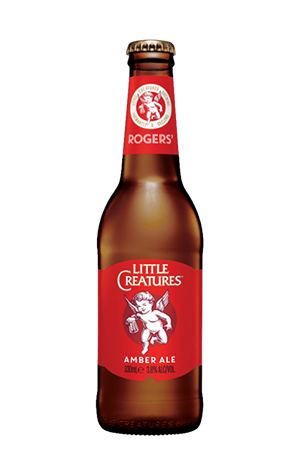 As some parts of the Aussie craft beer scene seek bigger and more bizarre beers, there's also the need for more full-flavoured, lower alcohol beers - which is just what Rogers has delivered for years. Belying its mere 3.8 percent ABV, it's what the brewers describe, with justification, as "a silky session ale".

Nicely balanced flavours from whole hop flowers and toasted malts give the drinker light, citrusy aromas and roasted hazelnut, toffee and caramel malt flavours in an easy-drinking ale. The name is a tribute to Roger Bailey and Roger Bussell, two legends of local brewing in WA.