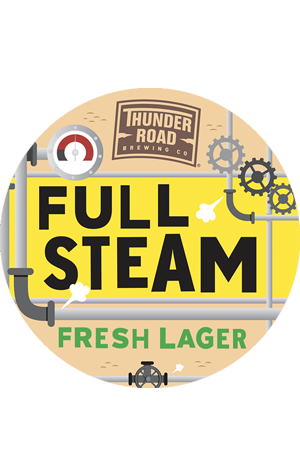 The first beer from Thunder Road when the brewery launched in 2011 was among the first signs they planned to do things a little differently. At the time, many of the new breweries springing up across the country were launching with punchy ales designed to differentiate them from the lagers that dominated the local landscape. With Full Steam, the brewery looked to replicate classic, European-style lagers instead.

In that regard, it’s a beer that achieved what it was designed to do. It’s pale, clean and crisp, while possessing a restrained bitterness and offering up a hop profile based around spicy and floral flavours. The sort of beer that wouldn't be out of place in a Munich beer garden.