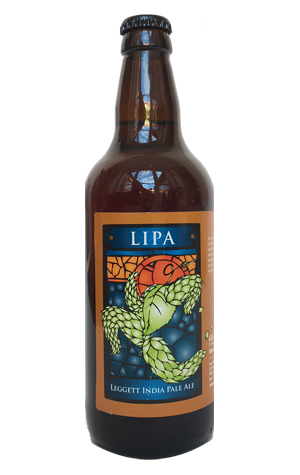 Seven Sheds' full name includes the words "hop garden" and, should you visit, you'll find just that next to the cellar door. Willie his brewers use the hops grown there in a number of beers throughout the year, including one variety you won't find used commercially elsewhere: Leggett. It was one of the three trial varieties that went into the first ever Cascade First Harvest but never graduated to Hop Products Australia's commercial crop.

These days, most of the annual hop harvest at Seven Sheds goes into this beer, a traditional UK-inspired IPA, one with a heavier, fuller malt backbone than most IPAs on the market in Australia today. Those rich malts are joined by hop characters Will describes as "sprucey, pine needle" and then assistant brewer Evan (now at Bruny Island) puts as pineapple and which we reckon contribute a twiggy, stewed berry underbelly too.

For those with relatively long memories, 200 litres of the first batch of LIPA went into the Bass Strait IPA that recreated the long sea journeys of the original IPAs – you can read about that here.