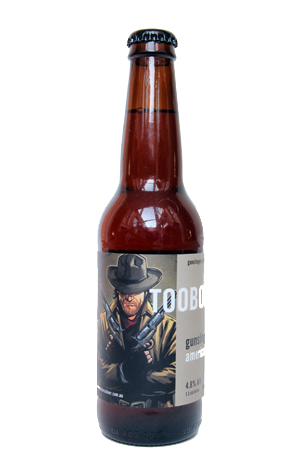 OK, so we said elsewhere that all of Tooborac's beers take their name from the traditional trades of the region. Whether "gunslinger" counts as a trade, we're not too sure, but what we do know is that this is the brewers' beer for the hopheads out there.

It's also the beer that's fared best for the brewery in competitions, collecting a gold at Sydney's notoriously tough annual beer awards. It offers up punchy hops and a big bitterness for its size, contained within a deep, rusty coloured beer that borders on amber. Those hops come from West Coast USA, delivering piney, earthy qualities alongside a dark caramel malt backbone.