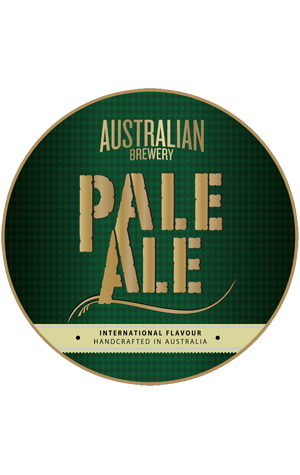 If any one modern beer style has the right qualities to take Australia by storm, it's probably what's being termed the Pacific Pale Ale. Typically light and easy drinking but full on flavour, beers within this style are the epitome of crowd pleasers, welcome at any beach, barbecue or Backyard Cricket across the nation. And if such a trend towards these kinds of beers does catch on, it's good news for The Australian Brewery because their Pale Ale is a cracking version. The cloudy appearance might initially make you think you're in for something a little stuffy, but you'd be sorely mistaken. Far from being a gloomy cloud, this one is bathed in brightness - the veritable cloud with the silver lining. Because of the bags and bags and bags of Galaxy hops added during the brew, tropical fruit aromas positively erupt from this beer. Being absolutely packed with flavour yet retaining its sessionability, this really is a beer you'll want to keep handy for any outing. That's quite convenient considering it comes in cans.