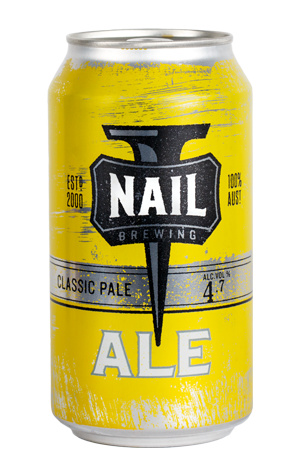 The beer that started it all, way back before Nail Brewing even existed, and has gone on to pick up medals and trophies galore ever since. Originally the name of his home brew and trademarked well before he took over the reins of his first commercial brewery at Bobby Dazzler's, Nail Ale is John Stallwood's impeccable take on the traditional Australian Pale Ale style. It's not like the more recent US-inspired pales, but instead a beer with soft floral hop aromas balanced by some malt sweetness, a little fruity yeast character and a lingering bitterness. Indeed, it's not the sort of beer that blows you away. It's the sort that you finish and return for a second.