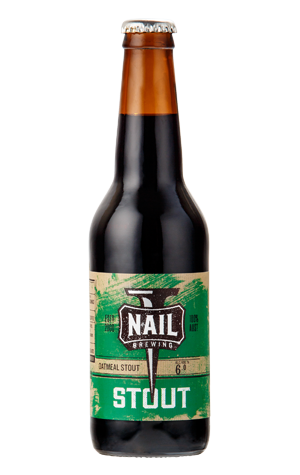 The second beer to be added to the Nail range was clearly in no mood to be upstaged by its predecessor. No sooner was this oatmeal stout released than it started collecting its own swag of trophies at awards across Australia. Again very traditional in design, it takes inspiration from British stouts to create a multilayered malty treat full of chocolate, dark cocoa, roast and coffee flavours. The addition of rolled oats to the malt grist creates a fuller, softer mouthfeel too.