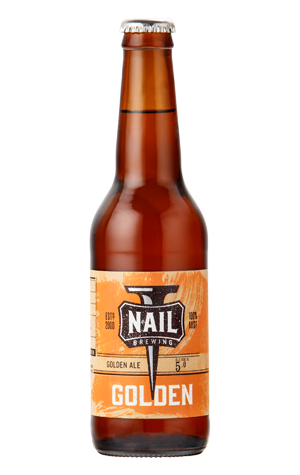 He may have told Crafty he's a "pale ale and stout brewer" but there are other tricks in the Nail arsenal. New in bottles in 2013 is the Golden Nail, a golden ale based on a beer brewed by John Luff at Degrees Brewery. It's a heavily late-hopped beer boasting lots of floral and citrus aromas that's designed for sessionability.

Since launch, Golden has been tweaked a little – down to 5 percent ABV from 5.5 – and also become a mainstay of the brewery's lineup.