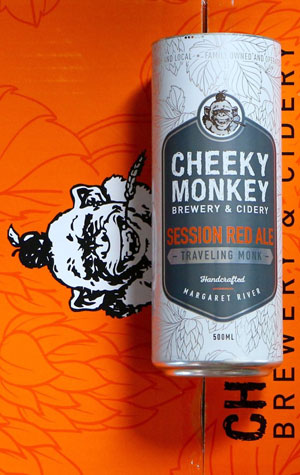 Think of Stone Brewing from the US or BrewDog and you don't automatically think of midstrength red ales. But having worked at the latter and fallen for their 5am Saint – as well as having a soft spot for Stone's Levitation and Little Creatures' Rogers – Red designed the Travelling Monk with them in mind.

It's low in alcohol but looks to make up for it with a dry-hopping regime that adds a distinct hop character to the caramel malt flavours and, since Red moved on to pastures Pirate-like, has been tweaked, as well as picking up a series of trophies and medals at WA's beer awards. In mid 2016, it also became the latest Cheeky Monkey beer to be put in cans, getting the 500ml treatment usually reserved for the brewery's limited releases.