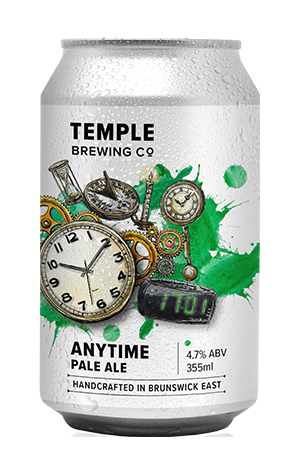 When Anytime Pale first launched at Temple, it was given the style tag session IPA, being a beer that packed that little bit more a punch than a pale ale but didn’t have quite the level of booze as most IPAs.

The beer has since been rebranded to, simply, the Anytime Pale Ale, due to some confusion from drinkers as to what it was – a pale or IPA. What the beer has retained is its hop flavours and aromas of citrus and pine with a clean, light and only slightly sweet body designed presumably, so it can be enjoyed anytime.