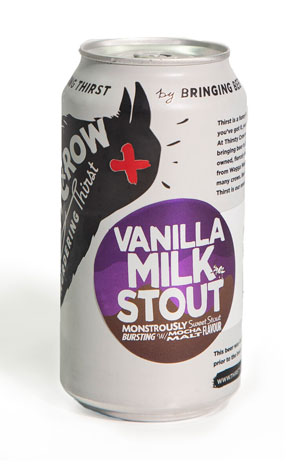 This beer was an instant hit for Thirsty Crow, collecting a trophy at the Australian International Beer Awards just weeks after the brewery opened. It was Craig Wealand's first stab at a milk stout, too, one to which he added vanilla from Madagascar until he got it juuuuust right.

He's gone on to make imperial sweet stouts since, while the Vanilla Milk Stout has gone on to become a cult classic in the Aussie craft beer world, appearing in many aficionados' end of year "Best of" lists and collecting many more gongs along the way. Close to a decade after it first appeared on tap, the beer made its way into cans mid-2019 too.