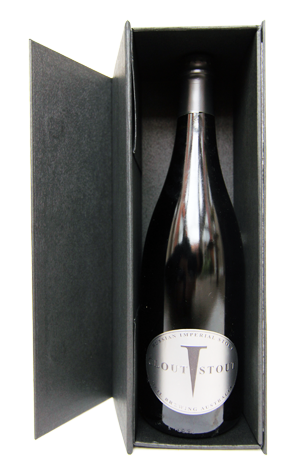 If anyone was in doubt about the standards Nail’s founder John Stallwood sets for his annual Clout Stout release, they need look no further than the circumstances surrounding this year’s beer. Last year, he brewed a couple of batches he intended to be Clout Stout but when the beer didn’t nudge past the 10 percent mark, he deemed it unworthy of the Clout mantle. Instead it became the Clayden Brew Imperial Porter – named after his son – and was still good enough to win beer lovers' hearts and take out the Publican’s Choice trophy at the Royal Adelaide Beer Show. As we said: high standards.

Which brings us to the beer that does bear the Clout Stout mantle for 2014, a 10.8 percent Russian Imperial Stout of which only 600 bottles have been released (in the fanciest presentation boxes yet for those of an aesthetic bent). And once again it’s a triumph, the sort of beer that has your subconscious instantly reaching for the internal thesaurus and flicking straight to the page headed “opulent”. Even the aroma has a luxuriant, creamy quality to it, the body is like liquid velvet and the massive flavours – be they dark fruits, earthy, woody hops, rich chocolate, roast coffee, molasses – are so well integrated that none overpowers the other. If it were legal to marry a beer, well…