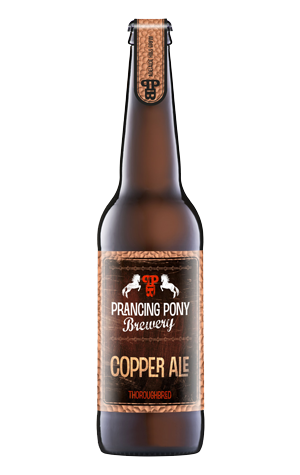 When Frank and assistant brewer Benn Britten fancy doing something extra special, they pop it into their Thoroughbred range, which means the beer leaves the brewery in 500ml bottles and is usually a punchy affair. This Thoroughbred release takes its inspiration from the UK, with the brewers creating a copper-coloured ale (hence the name) styled like an English IPA. That means mild carbonation and, they tell us, an "assertive and lingering hop bitterness."

They also describe it as "Invitingly malty [and] nicely balanced" with a hop profile they describe as adventurous but which could just as easily be called kaleidoscopic. They reckon you'll find apricot, lemon, Seville orange marmalade, magnolia, a bit of woody herbals and citrus notes – pretty much the entire hop spectrum in one glass! It finishes nice and dry and is suited to pairing with shellfish, chicken and Mexican cuisine or, for cheese fiends, light options such as brie or camembert.