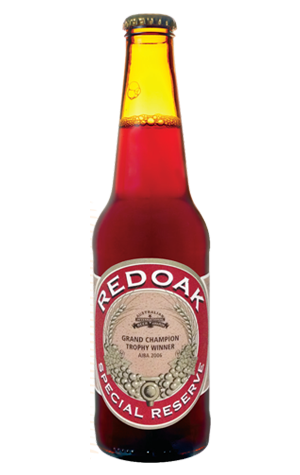 Our first meeting proper with Redoak owners David and Janet Hollyoak was a rather special one. On a visit to Sydney, they said they could spare an hour at their Cafe. Six hours, multiple courses of food and pretty much every beer on their list (public and otherwise) later and we bade each other farewell.

The last beer to be poured was the Special Reserve, a barley wine that goes through multiple fermentations and spends time in various types of wood that is as close to an aged Pedro Ximenez as it must be possible to get with a beer. It retails for around the $75 mark for a small bottle at the Cafe, which did nothing to prevent us asking to buy one to take home to share with friends. Sadly, licensing means you can only consume the beer onsite, something appreciators of great and rare beers should add to their Beer Bucket List if they have one.

According to David, the only people to ever question the price of a bottle are those who've never bought one. We can well believe him.