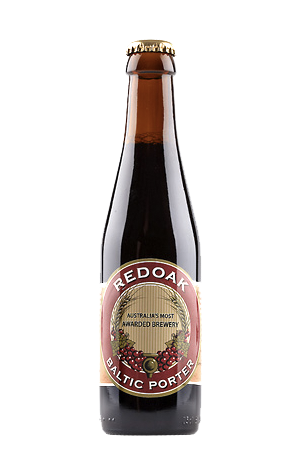 Regular frequenters of Redoak's Boutique Beer Cafe will have their favourites from the vast array of frequently outstanding drops to hit the bar. Among them is a beer that is often spoken of in reverential tones by its admirers: the brewery's Baltic Porter.

Inspired by brewer David Hollyoak's first encounter with such a beer – in a tiny cafe in Poland in 1994 – Redoak's is a traditional take on the old and once almost forgotten style. Similar to imperial stouts, Baltic Porters are rich, deeply dark and luscious beers that meld rich, dark chocolate and molasses flavours with dark fruits. In 2014, Redoak's continued its run of success with the title of World's Best Stout & Porter at the World Beer Awards.