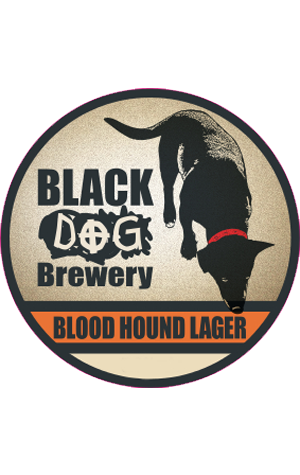 A select handful of people may have sampled Black Dog's Blood Hound Lager before as there was a tiny pilot batch released a while back. For its formal release, there's a fair bit changed, not least in the use of a lot more Australian hops, including Enigma, in what seems to becoming something of a (welcome) for the Glenrowan brewery.

It takes as its starting point a Vienna lager base, with winemaker / brewer James Booth lining up a veritable smorgasbord of tasty and colourful German malts to give the beer "some nice caramel and nutty tones". On the hop front, the Enigma is joined by fellow Aussies Ella, Topaz, Vic Secret and Cascade – all added late on for maximum flavour and aroma impact. That said, says James, "there are subtle hints of hop aromatics on the nose but I wanted it to be more restrained to let the malt shine."