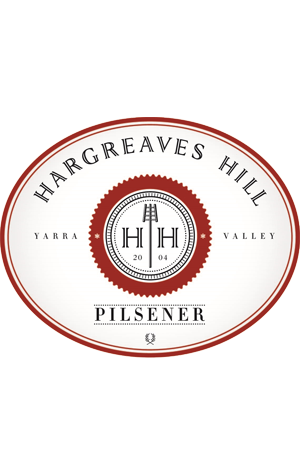 Over the years, Yarra Valley's Hargreaves Hill has released a number of pilsners, sometimes melding Euro traditions with New World hops, occasionally looking to the US styles of the last century featuring maize. This latest one mixes a bit of old and new, going back to the style's Bohemian roots, using nothing but Czech Saaz hops to add a touch of spice and perfume up front and the sort of soft, broad bitterness typical of Europe's old noble hops, but also adding some flaked corn in the American Pilsener style.

Brewer Kai Dambergs says this adds "a subtle sweetness to the flavour, yet a smooth drying of the body of the beer" in what is a slightly hazy, pale golden beer designed with summer refreshment in mind. The vast majority of kegs are being kept at the brewery's restaurant in Yarra Glen but a few will pop up elsewhere (see the list elsewhere on this page).