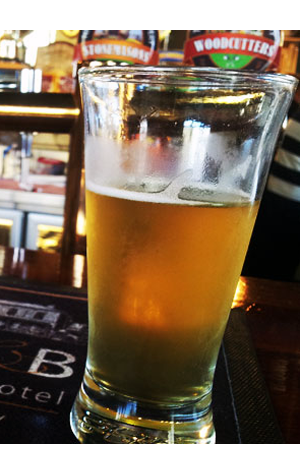 Given the talk about lagers making a come back in the craft beer world, the results of the most recent Hottest 100 Aussie Craft Beers poll was a little surprising. Just one lager made the 100, the lowest in the poll's seven year history. Still, it took sours a little longer than we thought to really make headway so perhaps this will be the year the revival of Saccharomyces pastorianus really hits home.

There have been a few pilsners released already and now Tooborac has pumped one out of the former Garage Project brewery it now operates on. We've yet to get our hands on a glass but are told it pours a deep golden colour and uses a blend of Australian and NZ malts to provide the back bone for a "firm bitterness". The hops are all sourced from Tasmania and NZ too, making it a "distinct fruity" affair as well as a great match to seafood dishes, we're told.