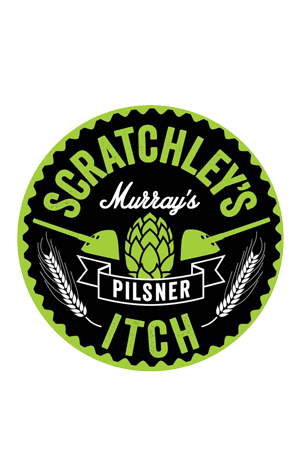 So, a brewer, a motorcycle company owner, a tattoo artist and a promoter walk into a bar... But this is no dumb joke, it’s the cast of characters who conspired on the latest collaboration brew from Murray’s. The beer is called Scratchley’s Itch, a play on Fort Scratchley, the historical and iconic Newcastle fort which dominates the entrance to the Hunter River.

In a similar vein to Stone & Wood’s Mash Collective offshoot, the creation of Scratchley’s Itch brought an array of people from different walks of life together to create something that would best represent the Newcastle area in which they all live and love. In this instance, as well as the obvious host brewer, we have The Edwards Bar, Sol Invictus Motorcycle Co., Diabolik Tattoo and a regional promoter in the form of HUNTERhunter.

After a day spent at the brewery sipping beers and discussing flavours, the collective settled on something that would sit well with the bulk of Newcastle’s working class culture and brewed a pilsner. It’s made with German pilsner malt and Murray’s house lager yeast, while the fruity punch comes in the form of Riwaka and Ella hops so you can naturally expect it to be a notable cut above your average lager. Scratchley’s Itch is a keg only release and, in keeping with the theme, is only available in Newcastle.