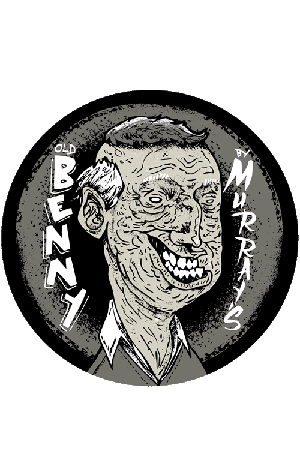 The new beers keep coming at a fair old trot from the new brewing team at Murray's. This time around, complete with the somewhat troubling decal artwork, it's a Belgian ale called Benny. More precisely, it's their take on a Belgian red ale.

It's described as having a "light reddish/brown colour from the European crystal malts" plus "a malt aroma and flavour of light caramel, as well as a slight banana and clove profile from the yeast." It's got a fair bit of punch too at 6.5 percent ABV, thus a warming character to ease you into the cooler weather. Ideal with roast meats too, we're told.

There's plenty more coming from them too, with four new beers (three of them bottled) coming in their annual Dark Beer Month. The original Wild Thing Imperial Stout, a new Wild Thing Chocolate Imperial Stout variant and the Night Demon Belgian Dark Ale, brewed by the Newcastle Show’s Brewing Champ, and, on draught, the brewery's first ever Dunkelweizen, Ronny Dunkel.