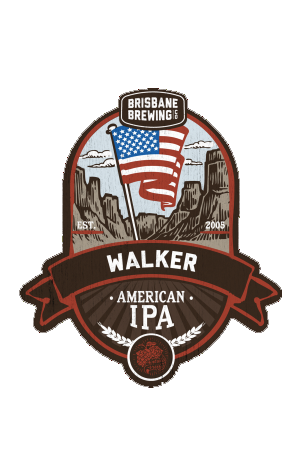 This gold medalist at the 2014 Australian International Beer Awards is their take on the West Coast IPA style. And as we didn't appear to take any tasting notes for it when we called in, we'd best go with the brewer's: "Punching well above its weight with a reckless recipe for fruity, citrusy hop driven disaster, this beer is tempered just in time with its sensitive malty side. There’s a tip of the hat toward the hoppy beers of the West Coast, but this APA is 'Texas-sized' with its resinous mouthfeel, and dusty dry finish. Righteously bitter with a strong body to balance, it breaks no rules - it is the rules!"