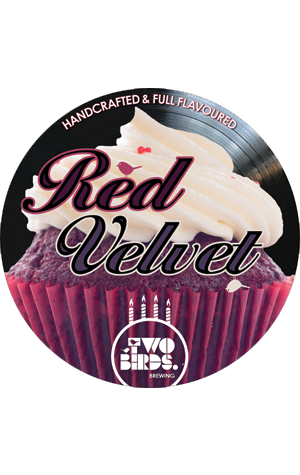 Yes, they marked the milestone as only brewers can by combining the two as one to create Red Velvet, a beer inspired by their favourite spongey treat – that richest and sweetest and reddest of cakes.

The base beer is a malty red ale upon which was lavished organic cocoa and vanilla to boost its cakey credentials. They served it with a fluffy white nitro head to recreate the look of icing too.

According to the Birds, it's "malty, rich and sweet – stick a candle in it and enjoy it!" Something you can do for a limited time as kegs have been sent across Melbourne and Sydney (and one to NZ).