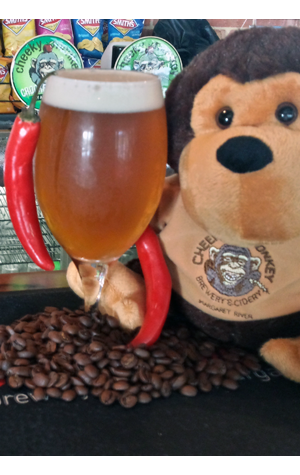 Being the gregarious chap he is, Cheeky Monkey's head brewer Ross Terlick decided to share the creative load at the Margaret River brewery and invited his new assistant Hamish to come up with this winter's edition of their Southern Wailer seasonal releases. It's Hamish's first ever stab at creating a commercial brew from scratch, no less.

Ross says: "I told him he could have a crack at our winter warmer, thinking he would come back with a porter or stout recipe."

And he did. Sorta. It's a stout in the original beer sense of the word, when it just meant a stronger version of any beer style, but not the sort of dark, roasty number Ross might have been expecting. Instead he got a Chilli Golden Stout they're describing as "paradoxical".

Why? Well, it's golden but, we're told, on closer inspection reveals itself as home to "lashings of coffee and chocolate ... rounded out by a subtle, yet distinct, smoky chilli warmth." Quite the debut, Hamish...

The Commons – a new beer bar in Margaret River