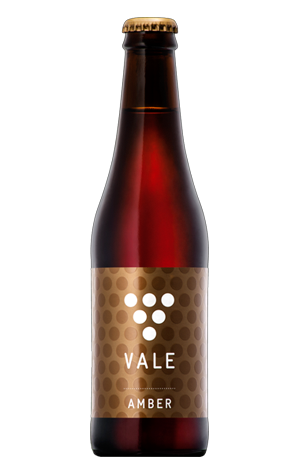 Having brought brewery ownership back into the family and rebranded the business as Vale Brewing, the brothers running the former McLaren Vale Beer Company set about renaming and repackaging one of their beers too. The DRK – or dark lager – became the Amber, and described on the label as an "American amber lager".

What's inside didn't changed, which is a good thing as it's always been the pick of Vale's core range here at Crafty Towers. Presumably, the "American" tag refers to the use of American hops, Falconer's Flight and Simcoe, although they play second fiddle to the malts. A combination of various specialty malts make for a soft and subtle blend of caramel, milk chocolate and mocha with a toasty, mildly bitter finish cleaning things up.