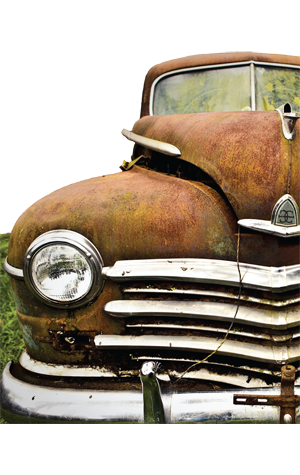 They've been putting the canning line at Mornington Peninsula through its paces in recent months. There's been a run of Imperial IPA, another of coffee collaboration Commonfolk Stout, the addition of Lager in cans as well as bottles and the launch of the #tinnage series that sees favourite beers from their limited release range reinvented with funky artwork they hope will become collector's items. First to get the treatment was the Friesian coated Sacchariferous Stout and now their Red Ale follows suit.

It's been renamed Rust Bucket and comes in cans adorned with a suitably rust buckety red old motor. Built around the increasingly popular Gladfield malts form New Zealand, brewer AG tells us they "offer rich flavoursome toffee and light roast notes and deliver great mouthfeel and palate length." Hops come in the form of Equinox and Galaxy to offer up "citrus and passionfruit" aromas.

He says the next #tinnage release will be in December and will be plucked from their long list of popular past specialties.