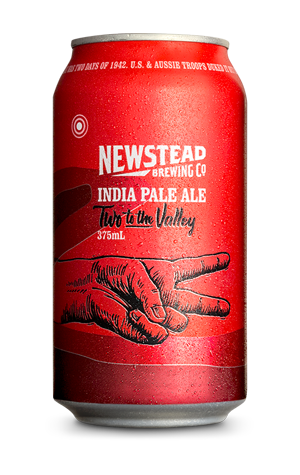 While the Porter may have been the first of Newstead's core beers to take our fancy, the Two to the Valley IPA has evolved into a beast that's giving it a good run for its money. It has everything you'd want from a bold American style IPA: hop aromas that flit from piney and tropical to herbaceous, plus tropical, kaffir lime like hop flavours and an aggressive, resinous back palate bitterness.

It seems that those who know a thing or two about beer like it too as it won one of not very many golds in its category at the 2015 Australian International Beer Awards too.