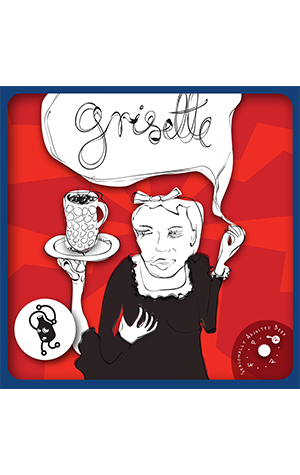 It was Craft Beer Rising 2014 at which Sam Haldane and Dan Beers elected to launch their long mooted brewing company onto the Sydney scene with a beer called Grisette. If memory serves, we happened to be swanning around during that first brew day when the beer had a working name of Griz. Perhaps it was the result of being a bit softer and gentler than their intention which caused the name change to become slightly more effeminate but, whatever the case, it was popular: again, if memory serves, they got through a lot of beer on the launch night, with a line well out the door for several hours. So the fact that Grisette is back should be met in some quarters with a degree of anticipation. The even better news is that she’s gotten more refined with a bit of age.

Sure, she may come across as a bit stuffy at first with that funky odour leaping out at you, but there’s nothing to offend. Pitched as a sessionable Belgian farmhouse style ale, it uses oats and rye beneath Citra and Styrian Golding hops and offering a refreshing and dry finish. It’s a typically interesting beer from Shenanigans and, with the long gap between batches, it also gives an indication as to how the pair of brewers have developed their skills in the brewhouse, taking their original idea and improving it. Welcome back, Grisette.