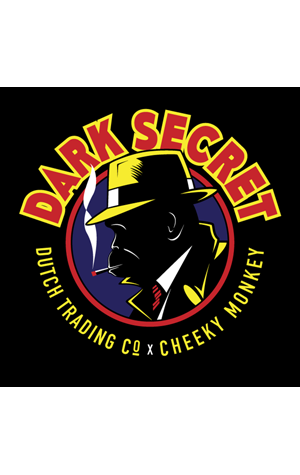 They do love a venue / brewery collaboration in the west. Latest to join forces are the guys from The Dutch Trading Co (The DTC) and Margaret River's Cheeky Monkey. Originally brewed for last month's South West Craft Beer Festival in the region, a full batch was brewed meaning there was enough left over to head to a few bars and bottleshop to fill glasses and growlers.

According to Cheeky brewer Ross: "The DTC crew was originally thinking along the lines of an Aussie hopped and dry hopped pilsner. Being as we already have a hoppy pilsner in our range I came back with the idea of making it a black pilsner."

Style chosen, he says they managed to get plenty of colour while keeping any astringency from the roasted malts to a minimum. Instead, he says to look out for "intense fruit aromas from the Ella and Vic Secret hops", "a pineapple and passionfruit burst early on the palate ending with a smooth dark chocolate finish."