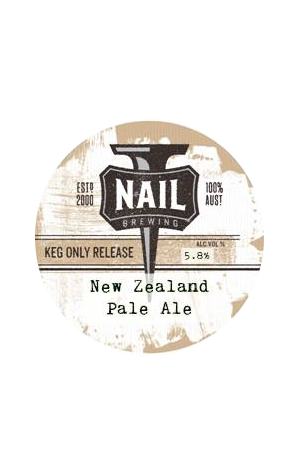 Are you stinging for some Kiwi hops? Then Nail Brewing has just what you require. The WA brewer has snaffled one of the newest hop varieties developed by farmers across The Ditch. It's called Brooklyn (a choice that caught the eye of a brewer from a certain American brewery), was bred from Southern Cross and is described by NZ Hops as a "big hop".

As with all new hops, brewers will be playing around to see how and where it works best. For Nail, they opted to use it to create a pale ale, adding Brooklyn late on and claiming they get "something juicy and full of stone fruit and piney flavours with a mouthfeel that is luscious and borderline creamy."

It's a keg only release and, having launched in WA in mid-March should have landed at venues along the East Coast by the start of April.