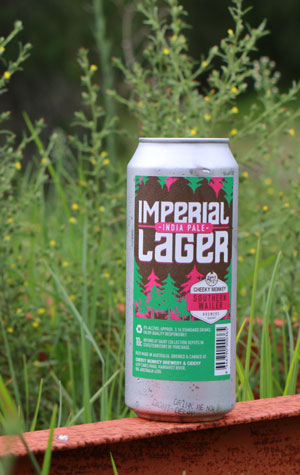 Cheeky Monkey recently installed a canning line at its Margaret River home. Up until now it had been used to send three of its core beers around WA: Old Reliable pale, Blonde Capuchin summer ale and Crooked Tales cider. Now they've used it to package one of their Southern Wailer seasonals in a bigger 500ml tinny. And, taking a lead from Pirate Life, they've decided that a bigger tin deserves a bigger beer.

The IIPL is being likened to RO-SHAM-BO, a game from a South Park episode that involves contestants kicking each other in a rather delicate area, which the Cheeky Monkeys clearly feel is akin to pouring an 8 percent ABV imperial IPL (India pale lager) down one's gullet. Brewer Ross reckons it's "deliciously smooth" with "tropical apricot, mango and banana flavours from the copious amounts of Topaz, Centennial and Chinook hops" that left their acids and oils within. Only available in WA.