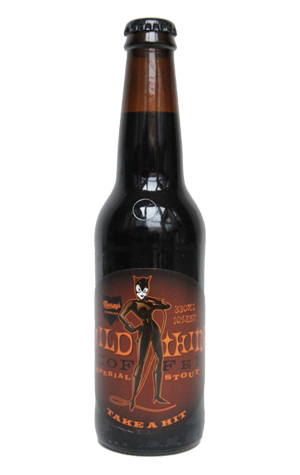 They've brewed a lot of big stouts over the years at Murray's – plenty of damn good ones too. There was the Belgio style Heart of Darkness (and its incredible oak-aged sibling back in the day when barrel ageing was still a rarity), the huge Seasons in the Abyss and the smoked imperial Belgian mussel and oyster stout we somehow ended up brewing with them. Yet first and longest lived is Wild Thing, their 10 percent ABV take on the style that sets a wall of hops into battle with a mountain of dark malts with impressive results.

In 2015, as part of their Dark Beer Month, Murray's released two versions: the original and a chocolate version (of which we were rather fond). This year. they've decided to repeat the trick, albeit with a coffee version joining the original. For those yet to try said original, it's a jet black, viscous beast awash with smooth dark liquorice, cacao, roast malt and dark fruit characters. And, while the chocolate version added a subtle softening and broadening of the original, this year's newcomer imposes its differences far more stridently.

A full 1,000 espresso shots were added to the beer, darkening its head and leaping from the glass like the first whiff of a freshly opened bag of heavy roast beans or a popular cafe amid the morning caffeine rush. The coffee is less impactful to taste – more complementary than dominant – and adds an extra layer to the bitterness too. As the label suggests, it's quite a hit.