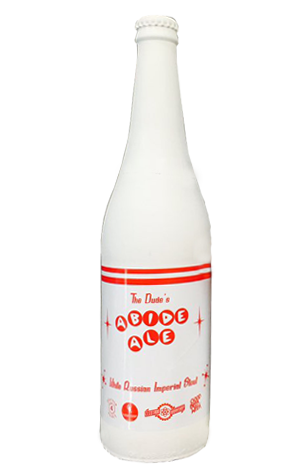 A couple of times a year for the past few years, Adam Bellamy from Sydney liquor store Platinum Liquor has teamed up with local brewers to instigate one-off beers to couple with a movie screening. The concept is to choose the film – always a cult classic – and find the brewer best capable of squeezing the essence of the film into beer form. Ahead of Good Beer Week 2016, and for the second successive year, the task fell to Dan and Sam from Shenanigans. This year the film was The Big Lebowski and the beer was to be a stout based on the White Russian cocktail so favoured by Jeff Bridges’ character, The Dude.

Creating a White Russian stout has obvious problems. A White Russian cocktail is, as its name suggests, white while a stout is not. At least, that is the general impression. To be stout can simply mean to be strong, and strong beers do not need to be dark. The classic cocktail has in it vodka, coffee liqueur and cream which, again, are problematic ingredients in a beer but not insurmountable when broken down by flavour. To bend things to their whims, the brewers took roasted coffee beans, cacao nibs, and oak chips and soaked them in Kahlua. Add a touch of lactose and, just like that, you have the makings of a White Russian stout.

The Dude’s Abide Ale is an exceptionally pale beer with next to no head, appearing about as non-threatening as you can get. But there is real depth to it; booze, coffee, sweetness all working in harmony to tie the room together. As a good cocktail should be, it is silky smooth and hides its 7.5 percent ABV exceedingly well (while labelled an imperial stout, it’s probably on the lower end of that spectrum). The Dude’s Abide Ale is quite unlike any other local stout you’re likely to try and, as with the film and characters which inspired it, may well become a cult classic.