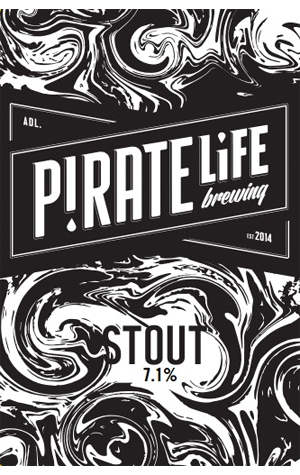 They may have made their name – and, boy, how they've done that – by displaying a knack for creating delicious hop forward beers, but there's plenty more in the Pirate Life locker. Last winter, they played around with a stout and a brown ale, released in small amounts and on limited taps, and now the Stout is back, still draught only but with more of it (and, potentially, plans for it to appear in their award-winningly distinctive cans a year hence).

It's tagged an Export Stout, thus bigger than your standard drops of the dark stuff, and for the most part makes a feature of the sort of ingredients that would have gone into export stouts brewed across the British Empire back when the style was "invented". Thus, other than a touch of US hop Columbus, it's a showcase for dark, specialty malts and good, old-fashioned English hop varieties East Kent Goldings and Fuggles. There's some oats to round out the body in what's a hearty winter drop: dark chocolate, coffee, dark fruits and a broad, earthy, drying bitter finish.