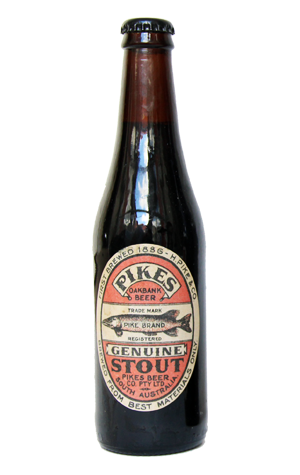 A stout was among the beers produced by the original Pikes back in the 19th century and it was one of the beers their descendants first brought back to life when they reanimated the brewing company, even before they brought brewing back in house in the Clare Valley.

Their Genuine Stout is what we'd tag a "drinking stout". Relatively light in body and more cola-coloured than pitch black, it shares some characteristics with dark ales more than it does with some of the heftier stouts doing the rounds today. Within that cola-coloured body you can look out for flashes of chocolate, dusty cocoa, toasted nuts, roast malt and maybe even a touch of vanilla, presented in a manner that doesn't weigh too heavily on the palate.