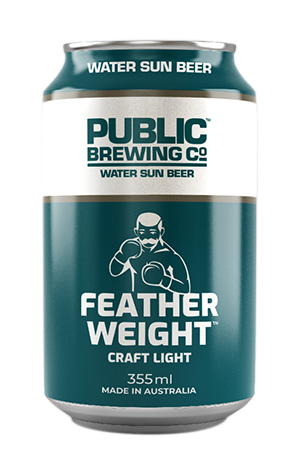 Encouraging responsible drinking as well as an environment that's welcoming for people of all ages at his venues is a core part of what drives Public Brewery. Thus the development of a crafty light beer has been central to the brewing side of the business from fairly early on in the Croydon brewery's life and the beer that came as a result of that development is Feather Weight.

The "Craft Light" weighs in at just 2.9 percent ABV but looks to make the "light" appropriate for nothing more than its booze levels. Specialty malts add body and some caramel and cereal backbone while the hops contribute citrus and stone fruit characters as well as a touch of drying bitterness.