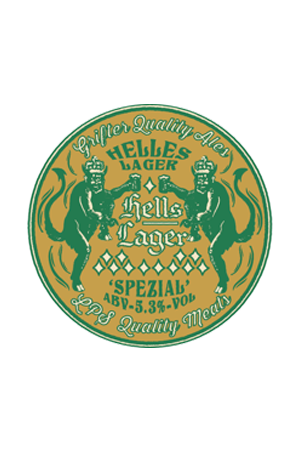 When the brewers at Grifter sat down with the folks from LP’s Quality Meats to nut out ideas for a beer to accompany a not-really-but-sort-of-Oktoberfest event at the Chippendale restaurant, the idea was simple: they wanted a simple beer that would be versatile enough to pair with all sorts of German sausage. And where they landed was Helles.

Translated from its mother tongue, the traditional German style of Helles is some variation of ‘bright’, ’light’ or ‘pale’ and Grifter’s interpretation is certainly that: a month of conditioning has led to a beautifully clear lager which, on the flavour front, is characterised by a soft bready malt character and just the tiniest tingle of hop bite.

There’s an old sign above the Grifter brewery that says ‘Fresh & Clean’, in reference to the building’s former life as an industrial dry cleaner, and that name has already been applied to their India pale lager. But when you add beer like the Hells Lager, Fresh & Clean seems less in reference to a single beer and has become more of a universal descriptor for the Grifter range.