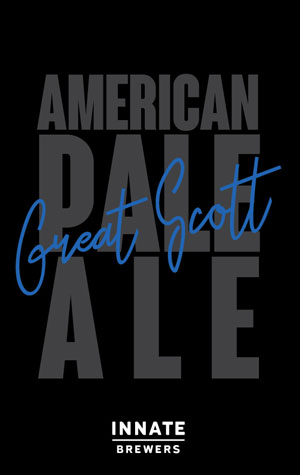 If a Fremantle-orientated brewery was going to pay its respects to one of the town’s most revered characters, the pick would be obvious. The late Bon Scott has a statue right on the waterfront and his legend looms large throughout the old port streets. The local AFL team have adopted AC/DC songs into their game day entertainment.

Yet Bon was more of a hard liquor man and it might be a touch surprising to produce an American pale ale in his name considering his Scottish roots. But, like Bon, the pale ale aims to be a champion of the people – and Scott’s life was very much a rich mosaic, which just happens to be the flavour hop in this beer alongside Cascade and Amarillo.

This spring seasonal – with grapefruit and orange hop characters to the fore – is special to the Innate team, not least because it was their first commercial brew. Just a pity Bon’s not around to be toasted with it.