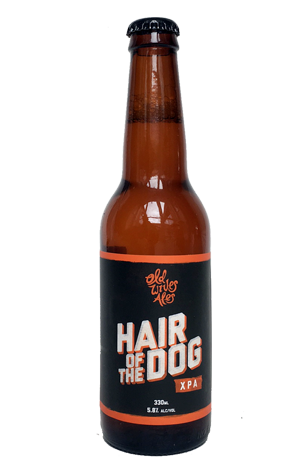 The first release from Old Wives Ales was this XPA: Hair of the Dog. For the uninitiated, XPA is short for Extra Pale Ale. For some brewers, this can mean putting the "extra" emphasis on hops, for some it's booze, for some it's pale. In the case of the Old Wives Ales team, it appears to pretty much be all of the above.

Tweaked and tightened since first appearing in 2015, it's a full-flavoured flagship beer with highly aromatic and fruity hops to the fore. You don't even need to get the glass particularly close to your olfactory system once it's poured to be hit with a wave of mango, while on the palate pithy grapefruit and pine join the party, with a resinous bitterness ensuring it finishes tight and dry too. Certainly an extra step up from the world of craft pale ales.