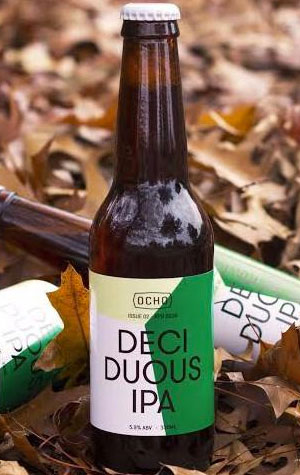 With the largest hop farm in Australia on their doorstep, it's little wonder that many Tasmanian brewers leap at the chance to brew a fresh harvest beer each year – sometimes with their own, home or brewery grown hops. So that's what Ocho did for beer number two, securing experimental hop variety HPA-035 plus some just-picked Ella from Hop Products Australia and adding them to a rye IPA base within 24 hours of harvest. They were added at a rate of 30 grams per litre (in other words: a lot) towards the end of the boil to try to retain as much flavour and aroma from their essential oils.

With both the experimental hops and rye contributing spicy characters, herbaceous and spicy aromas and flavours are to the fore (bringing to mind the woods suggested by the beer's name), along with a potent, resinous bitterness. Toasted, biscuity malts play a supporting role before a seriously dry finish brings things to a close.