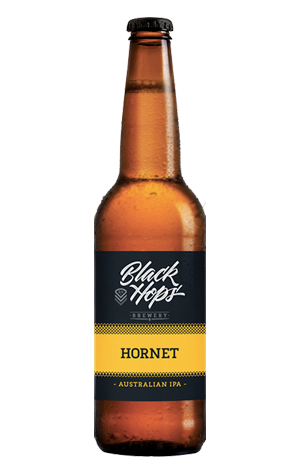 Each season, Black Hops releases an IPA or variant thereof. For Summer 2016/7, that takes the form of the Hornet, which is the brewery's first "regular" IPA in the two-and-a-half years since they started out.

According to the trio it features a mix of Aussie, American & New Zealand hops, which combine to create "a dry, angry bitter beer with some serious sting."

Look out for it on tap and in bottles around South East Queensland including, if course, from their brewery cellar door.