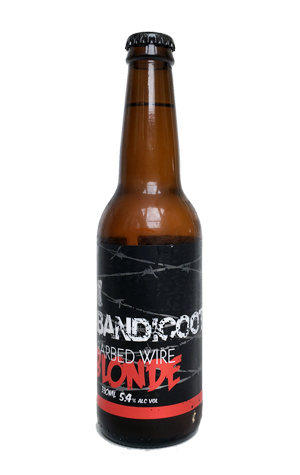 It's one thing wanting to open a brewery where there's been none for ages and then try to win people over to flavoursome beer, but you're probably going to want a beer in your lineup that's not going to scare potential new drinkers away too. And that beer for Bandicoot is the Barbed Wire Blonde.

It's a light golden drop, one that's malt led with just a hint of gentle European hop bitterness featuring alongside soft biscuit and honey malts and just a touch of fruitiness from the yeast.