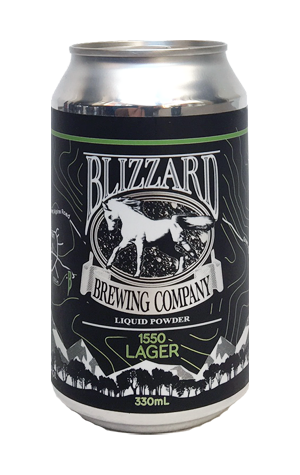 One might expect a microbrewery's lager to be its most straightforward beer, the one for staff to offer to those wanting something not too dissimilar to mainstream beers. At Blizzard, that honour goes to its Kolsch, with the 1550 Lager (named after the brewery's altitude) taking European pilsners as its inspiration and delivering some subtle complexities.

Based around German base malt and locally grown (and rather unfashionable) Super Pride (of Ringwood) hops, the distinct malt character shines through along with soft floral and herbal hop aromas, with some spicy straw like hop flavours and a crisp bitterness round things off.