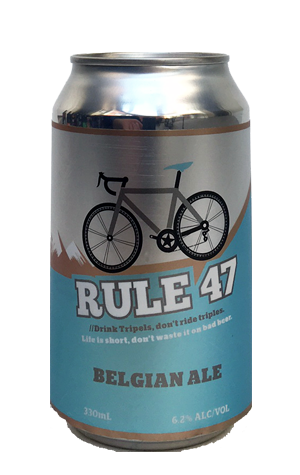 Each year, the brewers of the Victorian High Country come together to create a collaboration beer. In 2016, the Rule 47 brew took place at newcomer Blizzard Brewing, with a collection of brewers making their way to Dinner Plain for the day.

The beer showcases more than just brewers from the region: hops from Rostrevor Hop Garden are joined by Belgian malts and a Belgian yeast strain in what they've tagged, simply, as a Belgian Ale. In practice, that is a golden ale at the sweeter end of the spectrum, with butter popcorn, sweetened cream and banana like esters to the fore. The hops offer some grassiness, particularly on the nose, while the yeast delivers a familiar dry Belgian ale finish.