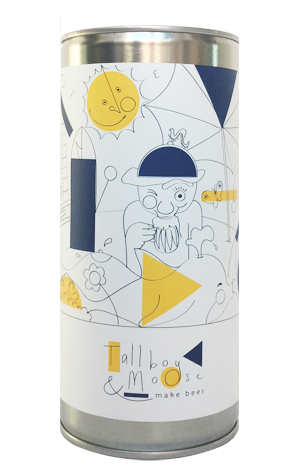 One of the first cabs off the rank as Tallboy & Moose opened the doors to their Preston brewery, the Cream Ale forms the backbone of their beer lineup. Based on the American cream ale style – one not often seen Down Under – this is a beer aimed straight at the person looking for a beer to knock back after a hard day at work.

Falling somewhere between an ale and a lager, thanks in part to being brewed with yeasts of either type, cream ales are best known for being light on both malt and bitterness. Instead, its carbonation and fruit character help to define it.

Clean, crisp and, in the brewer’s own words, a “lawnmower beer”, Tallboy’s Cream Ale has hints of sweetness and only the slightest touch of Styrian Goldings hops towards the end, allowing space for subtle stone fruit to play on the tongue. Pale golden in colour, it finishes dry and goes down easy. Best get that lawnmower ready.