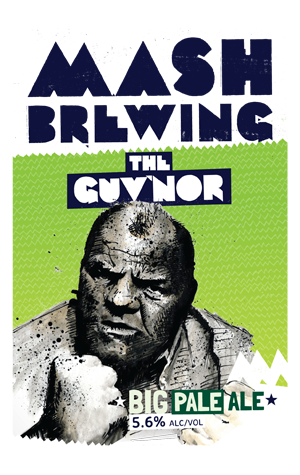 Standing out the front of Mash Brewing’s recent rebrand is an imposing doorman, the Guv’nor. He’s a hard man with little time for talk about his XPA [Extra Pale Ale – or "Big" Pale Ale according to the brewery] background or brutish confidence.

Rather than delivering excessive force via a heavy dose of hop bitterness, this Swan Valley bruiser flexes his lupulin muscles while making sure you know there’s depth behind the punchy citrus hop characters in the form of a sweet, biscuity base that proves that he’s really a loveable rogue.

When he's not checking the Mash door list, you’ll find him loitering at the bar in draught form and also see his well worn mug on cans from late January 2017.