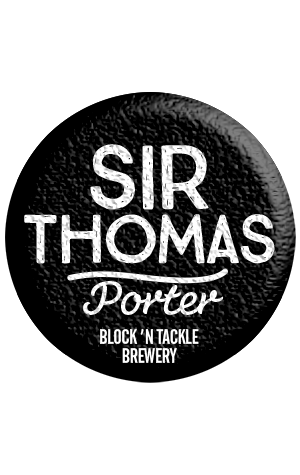 On a visit to the Central Coast, you’ll likely notice that the main estuary in the area is called Brisbane Water. It’s named for former Sir Thomas MacDougall Brisbane, a former state governor who apparently followed a diet of traditional religious faith and generally staying on the straight and narrow. It’s perhaps somewhat ironic, then, that Block ’n Tackle has named its Sir Thomas Porter after him. A porter that follows the traditional sense of the style, it’s replete with roast, chocolate and coffee malt characters and has a touch of sweetness to complement the dry finish – enough, perhaps, to provide temptation for a teetotaller.