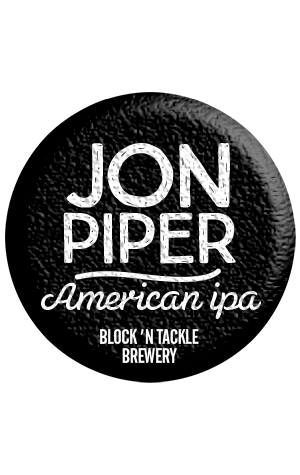 Jon Piper was evidently a pioneer of the local shipbuilding scene and ultimately proved prolific, constructing somewhere in the region of 25 vessels over 35 years, a more than decent return for the mid 1800s. Thanks to this longevity and prolificacy he has a hand in training many shipwrights and ensuring the continuity of the local industry (at least, for a while). For that he is, at the very least, deserving of having a beer named after him and he arguably got Block ’n Tackle’s best. The Jon Piper IPA is all about the hops, with lashings of floral and citrus characters and a from bitterness. Despite being the strongest beer in Block ’n Tackle’s regular range, it’s verging on being the brewery’s biggest selling beer which makes it a fine way to finish a tasting paddle before ordering a second glass.